Not too long ago I went off about vegan/vegetarians using meat names for non-meat foods instead of just calling the food what it is.  Like "vegetarian meatloaf" instead of cheese and nut loaf.  It's trivial I know, but I like to know what I'm eating and just because I'm an omnivore doesn't mean I have to be tricked into eating all vegetables for a meal.  I'm omni- I eat everything!  Well, not reptiles and amphibians.  I don't eat them.  And I'm not big on rodent-like vermin.  Squid and octopus- right out.  But what I'm getting at here is I've been playing with this vegetable protein substance called Seitan (SAY-tahn.  Yeah, watch the pronunciation or the born-agains will be right on ya.).  It's an Asian concoction made from wheat gluten and, like a number of Asian soy products, is decidedly meat-like in texture.  Which has earned it the moniker of "Wheat Meat".  I hate calling it that but it is the easiest way to convey it's use, texture and mouth feel.  There are two reasons I've been experimenting with it: A) I want to become more familiar with vegetable protein sources, especially those I can make at home and B) I'm absolutely convinced that while we will have cheap meat available for the next few months (because farmers are thinning their herds and flocks due to the drought and corn crop failure), meat prices will rise steeply next year because corn prices will rise due to the lack of crop. 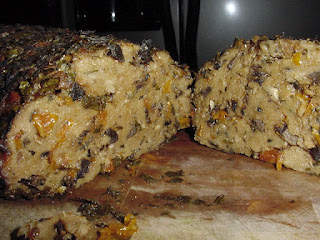 So here it is, Seitan, aka Wheat Meat.  Yep, I hear the gluten-free crowd moaning.

We are in the throes of all things tomato around here.  A description of this savory cobbler caught my eye and taste buds so I had to try it.  We love savory pies as well as sweet ones so why not a savory cobbler? 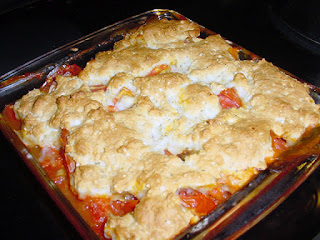 Nose to Tail use of animals that feed us is coming back into "style" again thanks to proponents like Fergus Henderson who has saved recipes, methods, and techniques using the whole beast that are in danger of being lost forever in this era of disconnect from our food.  Pretty prime cuts of meat are the norm and flavorful but tougher cuts, organ meats, and what's considered the "nasty bits" like tongue and tendons have disappeared from view.  The same holds true for vegetables.

Joel and Dana of the blog Well Preserved are getting this nose-to-tail eating down to an art form with fruits and vegetables and Joel's dedication (he even scrubs the roots of leeks clean, dries and powders them) has motivated me to find more ways of making something useful out of the trimmings and leftovers from preparing fruits and veg for preserving.

After preparing this year's batch of the greatest tomato paste ever I had a pile of pulp and seeds leftover. 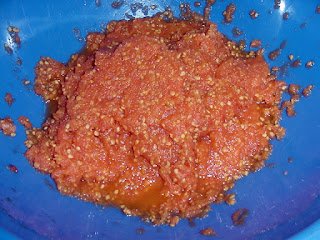 There's a lot of flavor in that pile and while I could recycle it via the chickens I thought I'd try a Joel-inspired powder.