Spring rains and dry summers combine to turn out superior stone fruits and this year's peaches and nectarines are superb!  I'm done with squirreling away various peach preserves and we're concentrating on fresh eating while the peaches last.  Yesterday at the grocery store that carries local fruit I noticed they had nectarines as well as peaches and the nectarines were a good bit cheaper per pound and box then the peaches.  I bought a few and had one on the way home and they are wonderful.  Just so you know, you can swap out the peaches for nectarines in any of the peach recipes I've posted. 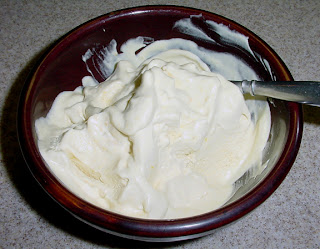 It takes a little time to make this recipe but it's actually best to mix it up the day before (or early in the morning), allowing it to be thoroughly chilled before churning.  The work is worth it! 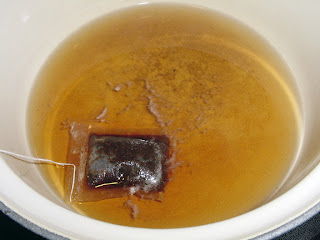 While the tea syrup is steeping, peel and dice the peaches. 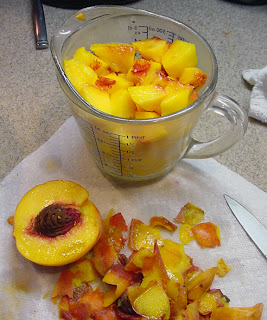 Remove the teabag from the syrup, stir, and add diced peaches.  Bring to a low simmer and cook until the peaches are just tender.
Drain the peaches, reserving the syrup for another use.  The peaches will have cooked down to a generous 2 cups.  Puree 1 cup of the dice peaches.  Set aside the puree and the diced peaches in separate bowls. 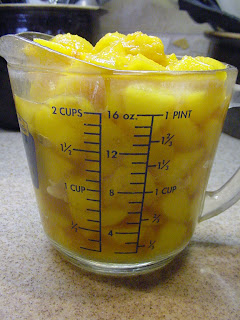 Wash out the pot and pour in the 2 cups of half & half.  Bring just to a simmer and add 4 Earl Grey teabags.  Remove from heat and allow to steep at least 10 minutes. 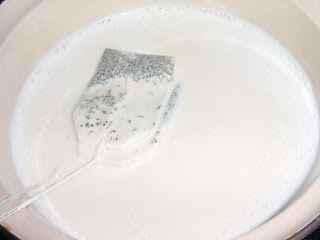 Meanwhile combine the egg yolks and sugar and beat until the yolks are thick and pale. 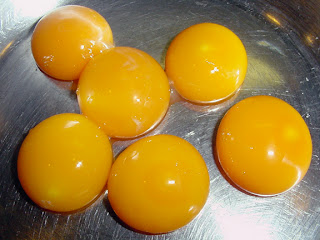 I used 6 egg yolks here because our eggs are still on the small side.  When the yolks and sugar have been beaten enough the consistency is like very thick cream.

Remove the teabags from the half & half, squeezing to get the tea and liquid out of the bags and into the pot.  Stir.
Beat the milk into the eggs in a slow stream.
*Sorry, no pictures of those steps, I just don't have enough hands!*
Return the milk/egg mixture to the pot and add the peach puree.  Stir continuously until the mixture thickens just slightly and coats the back of a spoon.  Remove from heat, transfer to a small container, and chill until cool. 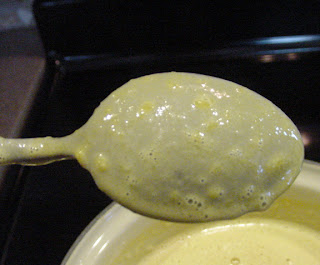 When the peach mixture has cooled, whip the cream until it has doubled and you have soft peaks. 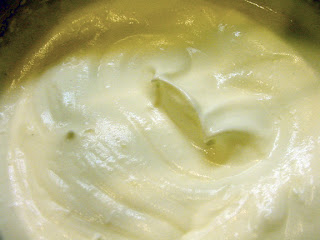 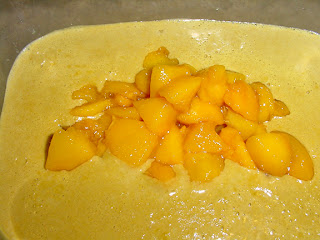 and then the whipped cream into the peach mixture. 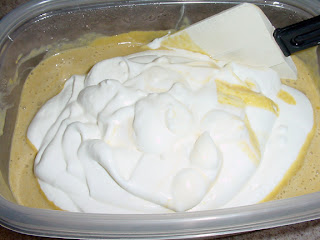 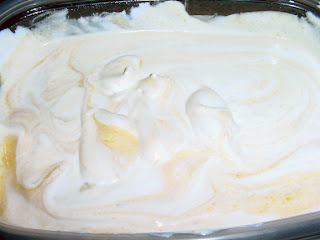 Freeze according to your ice cream maker’s instructions or cover and place in the freezer, stirring every few hours to break up the ice crystals. 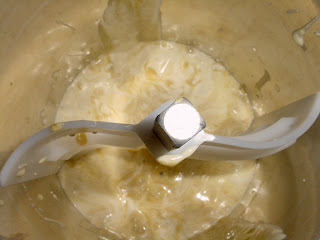 I use an ancient Rival electric 3 qt. ice cream maker.  It's the bucket and canister type that you fill with ice and salt and the canister rotates to churn the ice cream.  It's noisy and boisterous when in operation but utterly reliable and has out-performed the expensive high end models we got for the kids. Usually when the ice cream's ready the canister comes to a screeching halt while the motor strains to continue turning it and you have to run and pull the plug.  With this recipe, while the canister slowed down, it never stopped turning so after about an hour and a half I pulled the plug and checked it.  It was ready.  I think because of the peaches cooked in syrup, the sugar in the eggs, and the whipped cream, this ice cream didn't churn up as densely as other ice creams but it is definitely rich and satisfying!  We ate it directly from the churn but if you prefer you could pack it in another container and put it in the freezer to ripen for an hour or two.


We each had a  somewhat large bowl and I think if we hadn't already made little piggies of ourselves at supper we might have gone back for more!  I didn't go there but I'm thinking a little bit of chocolate ganache drizzled over top wouldn't be amiss!
Posted by Rebecca... at 10:46 AM