The Lancelot Leeks starts arrived in the mail this past Saturday and Michael got them planted on Sunday, filling up the rest of this year's allium bed.  He got 90 of them in there which took up the space we had planned for the yellow and white onions as well.  Now we'll have to do a little manipulating of other beds to get approximately 200 onions in the ground.  Garden planning is often like the Robert Burns line, "The best laid schemes o' Mice an' Men, Gang aft agley,..."  It happens every year and we've learned to follow the previous quote with Captain Barbossa's, "... It's more like guidelines, really..."  where the garden plan is concerned. 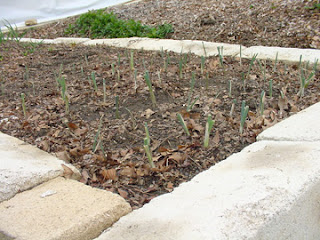 We also seeded some more tubs for starting indoors and needed to make a nursery run for more potting soil.  While we were there we picked up a few cabbage, cauliflower, and Brussels sprouts transplants.  They were there and we didn't have seeds started for these, and if all goes well (see quote 1) they'll be ready to harvest and out of the ground before the starts designated for those spaces will go in.  We now have one of the tunnels completely planted with these and the broccoli transplants we raised from seed. 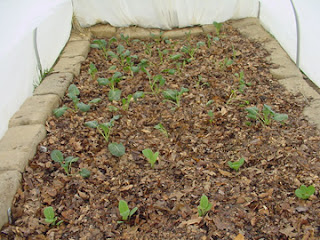 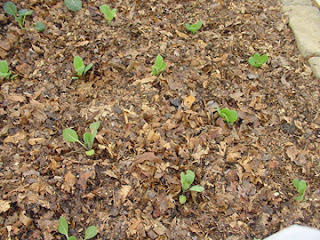 That's a view inside the tunnel through the vent in the plastic.  And while we're peeking in the tunnels, here's the fava beans I mentioned in an earlier post that overwintered: 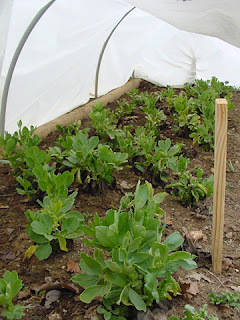 The bed below is planted with shelling peas and Super Sugar Snap peas.  There's a s**tload of peas in there and later we'll put trellises in place to guide them upwards.  We love peas, yes we do, and never seem to grow enough to eat fresh and freeze.  We're hoping to change that this year! 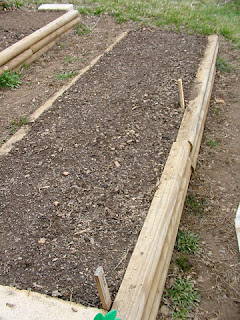 Next weekend we'll be putting leaf lettuce, spinach, and radicchio in one of the other tunnels.

I also picked up pansies and violas while at the nursery.  I crystallized dianthus last year and was so charmed by them that I want to get an edible flower bed started.  Pretty to look at AND you can eat it!  We already plant nasturtiums and marigolds yearly for their anti-pest contributions, edible flowers, and faux capers from pickled nasturtium seed pods.  I've been searching locally for a dog rose to plant this year but so far haven't found one.  I'm probably going to have to mail-order one and I really dislike doing that.  Dog roses are very disease and pest resistant, put out an old-fashioned, single petal layer, fragrant rose, and big, sweet-tart, juicy hips in the fall for jelly-making.
Posted by Rebecca... at 12:21 PM