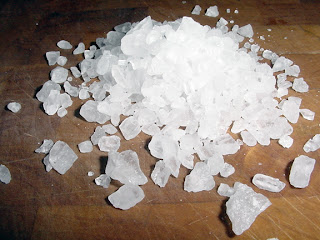 Salt is necessary for the body to function.  Since the body doesn’t produce salt it must get it from outside sources. In earliest times, that meant getting salt from the meat of animals (who got it from naturally occurring salt deposits) and plants. Later its preservative qualities were discovered enabling people to create and save all kinds of food; dairy into cheese, vegetables and fruits into pickles and ferments, meats and fish into hams, jerkies, etc. The ability to cure and ferment allowed people to get through periods of little fresh foods, take longer journeys, trade foodstuffs, and explore. Salt itself was a highly valued and traded commodity, as well as finding its way into ceremonies and rituals of many religions. Its importance can be seen in common phrases like “salt of the earth” denoting someone of sound values and common sense or “above the salt” indicating a person’s societal position of wealth and power. In many ways, the development of civilization and society was salt-centric allowing us to be here today to discuss the merits of salt as the #1 culinary discovery.
Today we're going to finish up the Salt Preserved Herbs.
Back on July 5th I showed you how to mix up herbs for the Canadian technique of preserving herbs in salt.  The herbs have now cured for two weeks and we're ready to move on with them.  You can see that the full quart jar has condensed a little over the cure period. 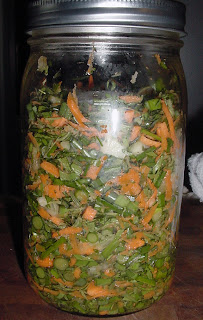 When you open the jar you'll see the herbs are quite wet and a fair amount of liquid has accumulated.  Dump the salted herbs into a fine sieve and allow to drain.


Next, grab a handful of the herbs and squeeze tightly, removing all the liquid you can. 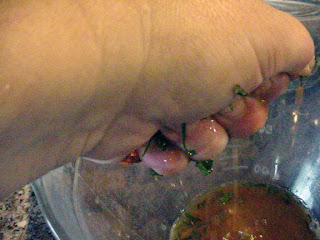 Fluff the handful of squeezed herbs into a bowl. 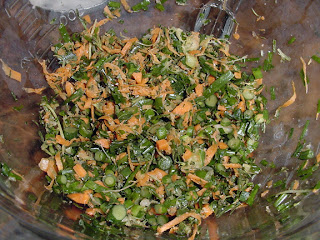 Repeat until all the herbs have been squeezed and fluffed.  I was able to squeeze out about a cup and a half of liquid.

I recommend going through the process of boiling your jar(s) and lid(s) in this case because there is no further processing after this point.  Gently pack the herbs into clean sterilized jars.  Don't crush them in there but don't pack them loosely either.  Label, date and store in the refrigerator.  The herbs will be good for months.  I've used them up to a year after curing.

When using salt preserved herbs, use sparingly and do not use any other salt your recipe may call for.  The flavor of the mixed herbs has become concentrated and intense during the cure and, of course, is salty.  Taste as you go along and before serving, taste for any additional salt if necessary.

This search will give you recipes specifically using Canadian salt preserved herbs (known as Herbes Salee), but be adventurous and mix up some of the combinations from Part I's post as well!

Here's a link to the Daily Meal's "50 Most Important Inventions (and Discoveries) in Food and Drink" slideshow.
Posted by Rebecca... at 11:15 AM