Michael and I are not very good at growing beets.  He mostly prefers the greens anyway but I love sweet pickled beets and beets as a side dish and beet salad with walnuts and blue cheese.  But we have reached a compromise on golden beets.  He says golden beets don't taste as "earthy" as red beets. 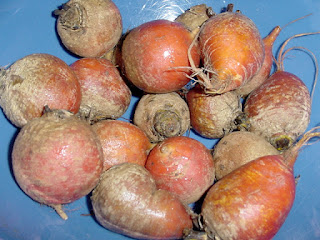 Our CSA was offering bulk golden beets so Shana and I split a half bushel (20 lbs) because really, I think 10 lbs is probably more than enough to see Michael and I through the winter.  So I ran home with my share and pulled out recipes for Golden Beets in Ginger Syrup and Pressure Canned Beets.

The beets we got were ungraded so the first step to preparing them was to sort them by size.  In order to easily peel 10 lbs of beets you want to either boil or roast them until just tender so doing them in batches of the same size is necessary to avoid overcooking some and under cooking others.  I chose to boil these. 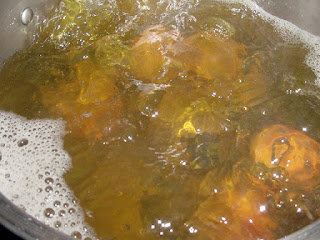 Rinse out the pot and use fresh water for each batch.  Golden beets also bleed like red beets do albeit a different color and it can stain your pot.  Especially if you're using pretty white enameled cast iron.  Cook the beets until you can just pierce them to the center with a thin bladed knife.  Allow them to cool and then rub or scrape the skins off them. 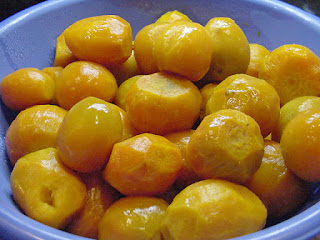 At this point I set aside about 3 pounds of the small beets to make a 3 pint batch of Golden Beets in Ginger Syrup.

Directions
Prepare the syrup by combining all ingredients except the beets in a pot and bringing to a slow boil. Simmer for a few minutes then turn off heat. 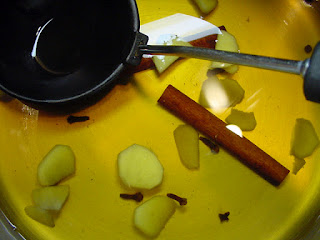 Meanwhile, halve or quarter the beets, depending on size, and pack into pint jars. If you are lucky enough to have a plethora of tiny baby beets, leave them whole.

Bring the syrup back to a boil and ladle into jars through a fine-mesh strainer to catch the spices or, if you prefer, distribute the spices amongst the jars.  Wipe the rims and seal. Process in a boiling-water bath for 30 minutes at sea level.  Remember to adjust the time for your local altitude. 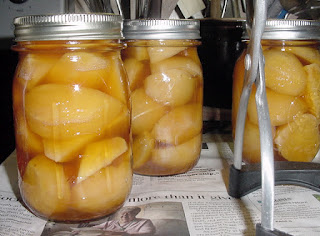 Pressure Canned Beets
Plain canned beets are very versatile and can be used cold in salads, dressed up as a side or turned into a satisfying soup.  They can even be pickled should you run out of already pickled beets before next season!  Beets are a low acid food so plain beets must be pressure canned.

Directions
Cut your just tender cooked and peeled beets into the preferred shape - quartered, cubed, sliced, or if you've got more of those tiny baby beets, whole.  Keep the size of the pieces as uniform as possible.

Pack the beets loosely into pint jars leaving a very generous 1" of head space.  At this point you can add a pinch of salt to each jar or not as you prefer.  The salt has no preserving qualities but it does enhance the flavor of the vegetable.

Pour in boiling water half way up the jar.  Gently tap the jar on a towel-padded surface to release air bubbles.  Fill the jar with water to the shoulder and gently tap again.  Finally, cover the beets with water leaving 1" of head space.

Wipe the rim of the jar, adjust the lid and process the pints in a pressure canner according to manufacturer's instructions for 30 minutes at 10 pounds of pressure at sea level.  Remember to adjust the pressure for your local altitude.