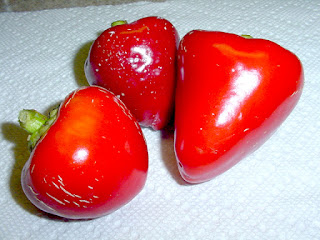 I just made my own paprika powder.  Awesome.

This is the first year I've grown paprikas and so far I'm really pleased.  I was confused at first when the plants loaded up with peppers that went from green to a creamy ivory and just stayed that way.  I was sure I'd done something wrong.  But a quick look online assured me that all was as it should be, I was just being impatient.


So I watched as the peppers went from this 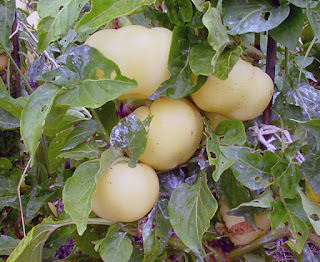 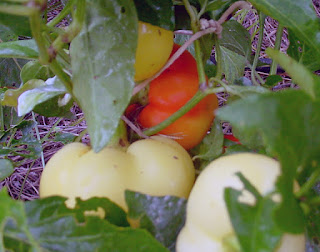 to the bright red beauties in the first photo above.

Almas are a thick-walled, heart-shaped cherry type pepper.  They are warm and sweet with just a hint of spicy when eaten fresh.  When dried the flavor deepens and has an added richness to it.  I'm hoping that when I've filled the jar I've designated with paprika powder that there will still be enough peppers left over to take to my friend Jim for smoking.  Then I'll dry and grind those for my own smoked paprika as well!

Alma paprikas are an open pollinated heritage variety so as I prep the peppers I save the seeds for next year.  I planted 12 of these this year.  I'm going to double that at least for next year!

To Make Paprika
Wash, core, seed, and thinly slice the peppers, then spread them out on dehydrator racks. 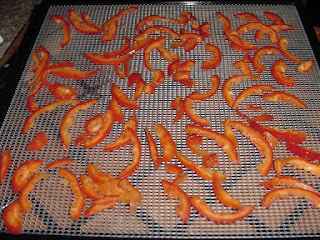 Dry for 6 hours at 125F.  Allow the peppers to cool and then test for dryness.  They should be crispy, not flexible. 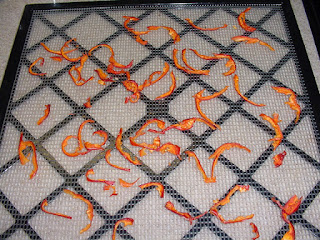 If you can bend and not snap them, return the peppers to the dehydrator until completely dry.  If you're drying in the oven spread the peppers out on cookie sheets lined with foil or silicone mats.  Heat the oven at it's lowest setting.  Put the peppers in the oven, leaving the door open a crack.  If possible, set a fan to blow into the oven for circulation.  Keep a close eye on the peppers since you are drying at a much higher heat than a dehydrator.  They will get done faster.  Use the same test as above to check for dryness. 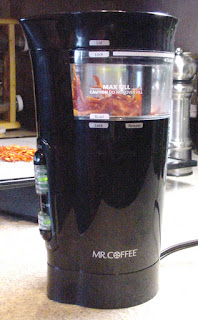 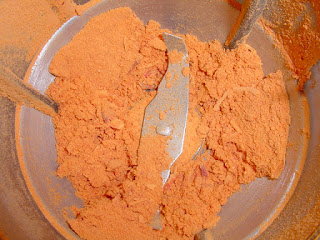 I know that the amount of sliced peppers on the rack in the photos above looked pretty skimpy.  I had two racks like that from slicing 5 peppers and didn't expect much return after I powdered them.  I didn't weigh it, my scale is pretty crude, but I actually ended up with this much in an 8 oz jar. 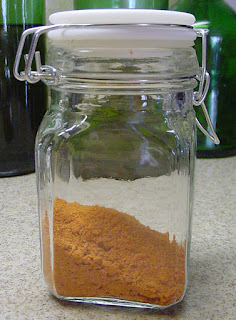 And since the plants are loaded with peppers I'm pretty sure I'll have that jar brimming in no time!